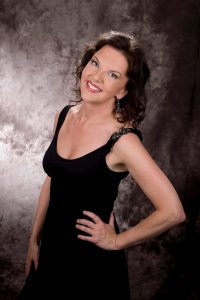 Due to the Coronavirus (COVID-19), Tasmin Little OBE has delayed her retirement from the concert platform until December 2020. We’re delighted that she and one of her regular duo partners, Martin Roscoe, have been able to reschedule this concert and are able to be with us for one of her last appearances.

” Little can justly be regarded as Britain’s  finest violinist ” Independent

Tasmin Little has firmly established herself as one of today’s leading international violinists. She has performed on every continent and in some of the most prestigious venues of the world, including Carnegie Hall, Musikverein, Concertgebouw, Philharmonie Berlin, Vienna Konzerthaus, South Bank Centre, Barbican Centre and Royal Albert Hall, Lincoln Center and Suntory Hall.

Tasmin’s discography and performance schedule reflect her wide-ranging repertoire and she has given numerous World Premiere performances including concerti by Willem Jeths, Robin de Raaf, Stuart MacRae, Robert Saxton and Dominic Muldowney. Her newly commissioned work, Four World Seasons by Roxanna Panufnik, was premiered as a live broadcast on the BBC and she remains one of the few violinists to perform Ligeti’s challenging Violin Concerto performing it in Berlin, New York, Salzburg, Amsterdam and Philadelphia.

As a recital and chamber music artist she returns to The Wigmore Hall., Australian Festival of Chamber Music, and all the major UK Festivals regularly. Recent recitals have taken her to New Zealand, Hong Kong, Philadelphia, Godella, Dubai, Malta, and to the Newport, Eastern Music and Chauttauqua International Music Festivals in the USA,.

In 2008, Tasmin launched her project, The Naked Violin, aimed at breaking down barriers to classical music by releasing a free CD for download on her website, and by performing in communities where music is rarely heard. Within days of the CD release, 6,500 websites had linked to Tasmin’s site and within a few months, more than half a million people had visited and downloaded. The project was filmed for television by ITV’s The South Bank Show.

Tasmin Little is a Fellow of the Guildhall School of Music and Drama (FGSM), a Vice President of the Elgar Society, an Ambassador for The Prince’s Foundation for Children and the Arts, and for Youth Music, and has received Honorary Degrees from the Universities of Bradford, Leicester, Hertfordshire and City of London. In 2016, she was awarded Honorary Membership of the Royal Academy of Music (Hon RAM) by the Academy and the University of London. She is the recipient of the Gold Badge Award for Services to Music and in 2012 was appointed an Officer of the Order of the British Empire (OBE) in the Queen’s Diamond Jubilee Birthday Honours List, for Services to Music. She plays a 1757 Giovanni Battista Guadagnini violin.

With an extraordinary career spanning over four decades, Martin Roscoe is unarguably one of the UK’s best loved pianists. Renowned for his versatility at the keyboard, Martin is equally at home in concerto, recital and chamber performances. In an ever more distinguished career, his enduring popularity and the respect in which he is universally held are built on a deeply thoughtful musicianship allied to an easy rapport with audiences and fellow musicians alike.

With a repertoire of over 100 concertos performed or recorded Martin works regularly with many of the UK’s leading orchestras, having especially close links with the BBC Philharmonic Orchestra, BBC National Orchestra of Wales, BBC Scottish Symphony Orchestra, Hallé, Manchester Camerata, Northern Chamber Orchestra and with the Royal Liverpool Philharmonic Orchestra, where he has given over ninety performances. Martin has also performed with orchestras and festivals across Europe, Canada, Australia and the Far East, and shared the concert platform with eminent conductors such as Sir Simon Rattle, Sir Mark Elder and Christoph von Dohnányi.

A prolific recitalist and chamber musician, Martin tours the UK extensively every season, including regular appearances at Wigmore Hall and Kings Place. He has long-standing associations with Peter Donohoe, Kathryn Stott, Tasmin Little and the Endellion and Maggini Quartets as well as more recent collaborations with Jennifer Pike, Ashley Wass, Matthew Trusler, Liza Ferschtman and the Brodsky, Escher and Vertavo Quartets. One of his most important ensembles, the Cropper Welsh Roscoe Trio, performed many times across the UK, most notably at Wigmore Hall.

Having made over 500 broadcasts, including seven BBC Prom appearances, Martin is one of the most regularly played pianists on BBC Radio 3. Martin has also made many commercial recordings for labels such as Hyperion, Chandos and Naxos. He has recorded the complete piano music of Nielsen and Szymanowski, as well as four discs in the Hyperion Romantic Piano Concerto series. For the Deux-Elles label, Martin has recorded the complete Beethoven piano sonatas, the first four discs of which have been released to unanimous critical acclaim. Martin’s most recent disc is Volume 3 of the complete piano music of Dohnányi, released on Hyperion in 2015; the disc has been yet another success with reviews such as “commanding and warm-hearted… a delectable disc” (Gramophone) and “exuberant and expressive…brilliant technical precision” (BBC Music Magazine, 5 stars).

Teaching has always been an important part of Martin’s life and the development of young talent helps him to constantly re-examine and re-evaluate his own playing. He is currently a Professor of Piano at the Guildhall School of Music in London and has been awarded his Fellowship there.

Martin lives in the beautiful English Lake District which provides inspiration and relaxation, and also enables him to indulge his passions for the countryside and hill-walking.