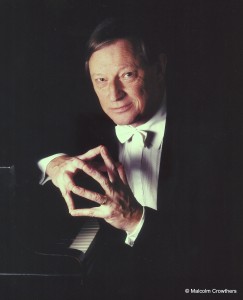 We were delighted to welcome back the celebrated British pianist Martin Jones for his 75th birthday recital on 30th October 2015, the first concert of our fourth season. Martin’s recital ranged from Carl Czerny to Ignaz Friedman’s arrangement of Johann Strauss, and took in wonderful pieces such as Percy Grainger’s Nutshell Suite, two delicious and highly atmospheric pieces by the Argentinian composer Carlos Guastavino, as well as more mainstream works by Ravel and Mendelssohn. It was a tour de force, and Martin introduced each piece in an engaging and original way, finishing with a selection of virtuoso encores, including Étincelles by Moszkowski and the Enchanted Nymph by Levitzki. This was a hugely enjoyable evening, with a pianist who has a remarkably wide-ranging repertoire and range of musical interests. Martin’s 75th birthday CD (Nimbus Records) was a very popular purchase during the interval and at the end of the evening. 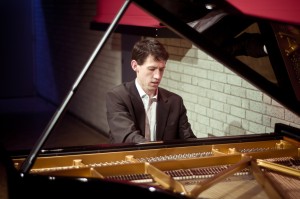 On 7th April 2016, Sophie Rosa (violin) and Ben Powell (piano) got our 2016 concerts off to a great start with a superb recital of Debussy, Delius, Franck and Saint-Saëns. The Delius B major violin sonata (Op posthumous) was new to many in the audience and was a revelation, and made an excellent contrast to the more ethereal Debussy sonata with which they opened. In the second half, Sophie and Ben gave a committed and memorable performance of the well-known César Franck sonata, before the fireworks of the Introduction and Rondo Capriccioso by Saint-Saëns. This was a great evening of lyrical, intense and virtuosic playing from two of the UK’s finest young musicians, and many in the audience were delighted to be able to purchase their recent CD “Rêve d’enfant” (Franck, Ravel and Ysaye), Champs Hill Records. 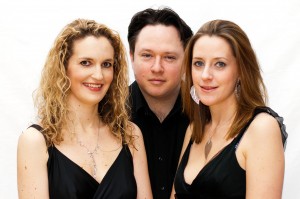 On 9th June 2016, and completing our our fourth successful season, we were delighted to welcome back the Aquinas Piano Trio, together with Sarah-Jane Bradley (viola) and Nicola Sweeney (violin). They played a superb programme of piano quartets by Mozart and Fauré, followed by the mighty Brahms piano quintet. This was a truly memorable evening of intense and lyrical playing from one of today’s finest groups of chamber musicians.

The concert was dedicated to the memory of Roderick Lakin MBE, Director of Royal Over-Seas League Arts for 31 years until his tragic death in a road accident in Edinburgh in August 2015. Peter Richardson, Chairman of the Medical Music Society of London, presented a donation from the Society for the Roderick Lakin MBE Memorial Appeal to Roderick’s widow, Margaret Lakin.